get off yer bum an sing radge

Hibees-Mad said:
The one we should've tied to a contract was Didier Agathe.

That's who I was going for. Still was his choice to make in leaving

Andy Goram.
A fantastic 'keeper for Hibs, and at that time just a big daft laddie - a bit like an early Jason Cummings. His antics on the team plane coming back from Budapest kept everyone amused.
Once he joined the darkside he morphed into a total bigot and wallowed in all the vile nastiness that is attached to the club.
He's a waster. Don't lend him any money, you won't get it back.

'Good Evening - We Are The Fall Radge'

That wee Islam Faruz was an annoying wee tube, scooting about Glasgow in his Porsche when he was banned / had no licence.

I still have nightmares about that bloke Jim Brown with permed hair - saw him 'play' v East Stirling at Firs Park about 40 years ago....just awful!

SlovSam said:
There are loads of gash players to choose from especially strikers who never scored any (or many goals) such as Shefki Kuqi, Valdas Trakys or Frank Dja Dje Dje.

The worst type of player though is the ones who actually do have some decent talent and sign on big money contracts only to totally disrespect the club and look down on Scottish football.

James Collins and Clayton Donaldson spring to mind as does "The Pudding" for his ill fated shot at management with his dogmatic inflexible system and his English arrogance that the Scottish Premiership was on par with the English league 2.

Clayton Donaldson probably shaves it for swannning around for a season wearing bright yellow, red or blue boots and when that wasnt enough turned up post half time with one red and one blue boot in another vain attempt to be a somebody.

He also had a girlfriend in tow called Pippa, a complete airheid who thought they were the new 'Posh and Becks" and tried to ingratiate herself with the obligitary "Ain't the Castle pretty" remark but then took the smarm to a whole new level by describing Easter Road pies as "delicious and yummy".

She knocked you back for Pistol.

Davy said:
That's who I was going for. Still was his choice to make in leaving
Click to expand...

It was, but Hibs made the choice really easy for him by not offering him a contract in good time. He went, probably rightly, for the offer in the hand. Really poor piece of short term work by Hibs.

The only time in my life I've seen @Two Headed Boy completely uncomprehending at events around him was sat in a pub outside Bramall lane listening to Birmingham fans sing peans of tribute to .....Jonathan Grounds.

Two Headed Boy said:
He might have come down to earth a bit laterly.

I lived in Crewe for a couple of years when Clayton was playing there and I bumped into him in Cash Converters (he was buying a shit ton of DVDs).

I told him I saw him score a hat trick against Killie for Hibs and, after being taken aback a bit, he said hello and actually apologised for not being at his best during the rest of his spell in Leith. Seemed like a nice enough bloke.
Click to expand...

Scored gaols at every other club he was at and if I am not wrong his scoring record for us is not a bad as others.

Watched him for a few years when he has ay York and thought he would have been a good buy.

Uncy said:
The only time in my life I've seen @Two Headed Boy completely uncomprehending at events around him was sat in a pub outside Bramall lane listening to Birmingham fans sing peans of tribute to .....Jonathan Grounds.
Click to expand...

The absolute nick of that! Jonathan fucking Grounds! 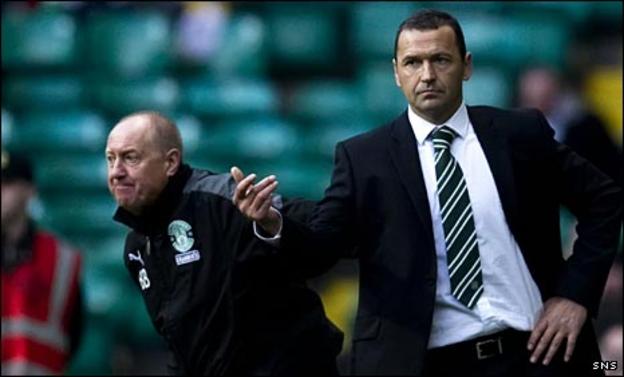 David Beaumont. Whenever I see a photo of the legends of '91 I just think WTF ? Turned up about a week before the final and ends up with a medal.

Felipe morais arrogant twat . Fuckin hated him he swaggered about like a superstar but was shit

jock3 said:
Somebody mentioned Shefki Kuqi on here. One of the funniest quotes for me was 'he runs round like a drunk rhino'. Even funnier was I've never seen a rhino drunk but I know exactly what it means!
Click to expand...

The Kuqi monster has to be one of if not the very worst players I've seen in a Hibs top. A good player in his day but by time he reached he was unfit and ... finnish-ed!